Posted on March 20, 2018
This was posted more than 12 months ago. The information may be outdated.

Ottawa motorists have a chance to vent about the worst roads on the commute.

Ottawa’s Hunt Club Road was ranked 7th in 2017, while Carling Avenue was tied for 8th. 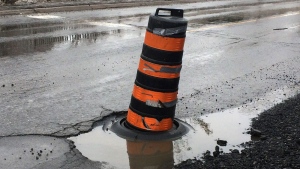 This is the 15th year for the CAA’s Worst Roads campaign. The CAA says the annual campaign is a platform for Ontarians to make roads safer by helping different levels of government understand what roadway improvements are important to citizens.

The CAA says roadways can be nominated for reasons such as potholes, deteriorating pavement, limited or non-existent cycling or walking infrastructure and poor road signs.