Posted on October 5, 2017
This was posted more than 12 months ago. The information may be outdated. 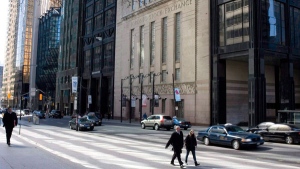 The premiers of Alberta and New Brunswick expressed disappointment over the decision, while the Opposition Conservatives blasted Prime Minister Justin Trudeau's Liberal government for "disastrous" energy policies that they blame for lost jobs and investment.

Quebec politicians, along with Indigenous and environmental groups, welcomed the project's demise, branding it as a harbinger of the inevitable death of fossil fuels and a reminder of the need for further green energy development.